The Standing Committee of the National People's Congress officially passed the Amendments to the Patent Law on October 17, 2020 and release it to the public. Compared with the previous version, the amendments this time cover design patents, patent enforcement, statute of limitations, damages, patent implementation and abuse, open license, patent linkage, etc. The newly amended Patent Law has 82 articles in total and has come into effect since June 1, 2021. The followings are brief summary regarding changes in the newly amended patent law.

The primary amendments to the articles regarding design patents cover articles 2, 29, 30 and 42:

The newly amended Patent Law has made some adjustments to several terms involved in patent prosecution process. First of all, in terms of priority, in addition to the new provisions on the priority of domestic design patent applications, the newly amended Patent Law also extends the submission time limit of the priority text of invention and utility model patent applications from 3 months to 16 months, which further facilitates the applicants.

First of all, the amendment of Article 6 and Article 15 of this revision not only stipulates the disposal of enterprises' rights to apply for patents and patent rights therefore granted regarding service inventions, but also clarifies the service inventors’ right to be rewarded, which is not limited to economic rewards, but also includes rewards in the form of equity incentives, dividends, options, etc.  Under the new patent law, while enterprises have the right to dispose the right to file patent applications created by service inventions, they should also establish and attach importance to the reward system for service inventors.

Furthermore, this revision also created a new open license system. By insertion of article 50, article 51 and article 52 of the patent law, the newly amended patently established an outline of an open license system. The patentee may waive part of the annual fee by establishing such an open license for an unspecified group. For the patentee, the open license of idle patents can revitalize idle patents while also save the annual fee. For licensees seeking technology, it is also possible to avoid some of the business costs of finding available patents that are beneficial to them by looking in a large "patent pool" created by the state. Relevant departments may formulate detailed rules to ensure the fair and reasonable of the system in the future.

For many years, patentees in China has complained a lot for difficulty in collecting and providing evidence, long term of litigations, high cost for enforcing their rights and low damages awarded.  This time, the newly amended patent law has introduced a series of new regulations and amendments to resolve these problems to some extent.

In view of the high costs for patent enforcement, this amendment not only retains the clause that the amount of compensation includes reasonable expenses, but also further stipulates that the patentee, the interested party and the accused infringer can apply to issue the evaluation report on their own initiative rather than at the request of the court. In current practice, the court would recognize the patent evaluation report issued by the patentee and interested party on their own initiative. However, the patent law before this amendment does not grant the accused infringer the right to request the evaluation report of the patent right.

In view of the difficulty in collecting evidence, in addition to evidence preservation, Article 71 of this amendment further stipulates that the people's court can order the infringer to submit account books and materials when the right holder has tried his best to provide evidence and the books and materials related to the infringement are mainly controlled by the infringer. This brings the already effected judicial interpretation into the patent law system and reduces the burden of proof for the patentee. In addition, the amendment extends statutory limitation from two years to three years, which equals the statute of limitations in the Civil Procedure Law and gives the right holders more time to gather evidence and file lawsuits.

Aiming to resolve the problem of low damages, the amended patent law introduced the following amendments to the calculation of the damages:

This article was originally published in Fusion Strength. 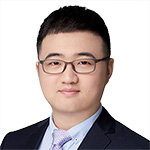