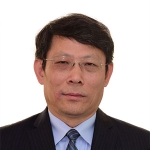 Bin Qi is a labour lawyer with over 20 years of experience, and heads the firm’s labour practice. Bin worked at the Ministry of Labour of PRC for 3 years after graduation and took part in the drafting of China Labour Law.

As a highly recognised China labour expert, Bin has a vibrant labour and employment practice with significant depth. He has helped many foreign invested enterprise clients resolve and settle major labour disputes throughout China and represented his clients in disputes including personnel hiring, retention, and dismissal, remuneration, workforce reduction, collective bargaining, dismissal or departure of senior management personnel, trade union compliance, labour strikes, and staff settlement. His clients come from a variety of industries, including utilities electricity, food and beverage, banks and other financial institutions, electric and heavy machineries, and chemicals / petrochemicals.

In addition to day-to-day labour law services, Bin assists clients with major negotiations, arbitrations and litigations, as well as with handling difficulties, emergencies or crises. He has provided legal training for hundreds of domestic and foreign companies, conducted labour and personnel compliance investigations, including labour and personnel due diligence in restructuring, mergers and acquisitions, and provided legal consulting services relating to the termination of labour contracts and the application of severance, compensation and liquidated damages.

Prior to joining the firm, Bin was the head of Employment Legal Services’ team as well as the managing partner of Shanghai Xin Bai Law Firm which was a member of PwC global network of firms.

Bin is a member of the Political Consultative Conference, Shanghai Pudong New Area, off-campus instructor for graduate students pursuing Master of Laws at Shanghai University and Shanghai Maritime University and a consultancy expert for civil and administrative cases, Supreme People’s Procuratorate of the PRC.